NJ Bill Would Allow Schools To Use

Could a bill circulating in Trenton mean the end of snow days for NJ schoolkids? 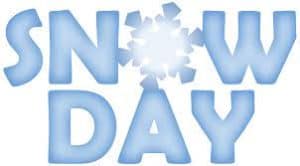 NEW JERSEY — Virtual learning went so well that it should probably be used whenever a school district has to call a snow day.

That’s the thinking from three New Jersey state lawmakers, who introduced this bill, S464 that would give school districts the option to switch to remote learning instead of a traditional snow day.

If it becomes law, the bill would permit any district — at any time it decides to close for either bad weather or hazardous driving conditions — to use a day of virtual or remote instruction. This would enable schools to still meet the 180 days of instruction required by state law.

No school district would be required to use virtual days instead of snow days. Districts could still give students (and teachers) snow days, but they would just have to add on make-up days at the end of the school year in June, as they do currently.

The bill was introduced in January by state senators Nick Sacco and Joseph LaGana, both Democrats from North Jersey, and co-sponsored by Sam Thompson, a Republican from Old Bridge. It has advanced out of the Senate Education Committee, signaling there is broad support for the idea.

The bill does not apply to two-hour delayed openings, late starts or early dismissals. Virtual learning could not be used for two hours in the morning before school starts at 11, for example.

“While we can appreciate a good snow day, no one wants to see their summer vacation or even spring break chipped away,” Lagana told the newspaper. “This legislation will allow districts the ability to go remote on days where traveling to school is not feasible but connecting remotely is.”