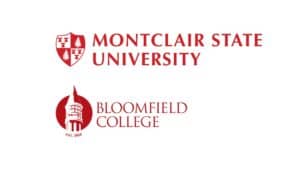 One of New Jersey’s oldest schools of higher education will soon be known as “Bloomfield College of Montclair State University.”

Montclair State University and Bloomfield College took a big step Wednesday toward merging in what will be a rare agreement to fold a private college into a public university. The merger announcement came just seven months after Montclair State loaned the 1,300-student college enough money to help it to avoid shutting down.

Montclair State and Bloomfield College are both located in Essex County, about 7 miles apart. The two schools previously said they were working on a plan for a permanent partnership, but had not said if they would formally merge.

On Wednesday, Montclair State and Bloomfield College issued a joint statement saying their governing boards both authorized their presidents to sign an agreement and a merger plan.

The goal is to complete the merger by June 30, 2023. Until then, 154-year-old Bloomfield College will continue operating independently in “close collaboration” with Montclair State, the joint statement read.

“There’s still a lot of work to do. Now, we get into the hard work of designing this new college. This is a really exciting and powerful statement about what is possible in New Jersey for higher education,” Koppell said.

The impending merger resolves the suspense over the future of Bloomfield College, New Jersey’s only four-year private college serving predominantly Black and Hispanic students. More than 81% of Bloomfield College students are people of color, nearly 70% are Pell Grant eligible and the median family income of students is below $33,000, according to Wednesday’s joint statement.

In the fall of 2021, Bloomfield College President Marcheta Evans disclosed the college’s financial problems and said the school would not would not reopen for the following academic year without assistance. She said she was looking for opportunities for the school to merge or form a partnership with another institution.

Bloomfield College officials met with several institutions before announcing the deal to get financial assistance from Montclair State earlier this year. Evans said the merger plan will help Bloomfield students.

“Bloomfield College of Montclair State University will support and serve our current and future students by providing a transformative educational experience with access to the university’s abundant resources,” Evans said following the merger announcement.

Students enrolled at Bloomfield College will be able to continue their education without interruption after the merger and without additional costs, the statement said.

It is unclear if the merger will lead to layoffs at Bloomfield College. Montclair State pledged to “make every effort” to retain the college’s current employees, the statement said.

“We are focused on the future of Bloomfield’s staff and faculty,” Koppell said.

The Montclair State president also said Bloomfield College’s historic campus will remain and continue to focus on on first-generation students from a diversity of backgrounds.

The merger will require several lengthy reviews and approvals from the Middle States Commission on Higher Education, the state Office of the Secretary of Higher Education and other accreditors and regulators.

It will also require the approval of the state Legislature. Earlier this year, the state allocated $12.5 million to Bloomfield College to help the campus remain open for the 2022-2023 academic year.

Please subscribe now and support the local journalism you rely on and trust.

Rob Jennings may be reached at rjennings@njadvancemedia.com.